That time of day, when the sun sinks lower in the sky, reaching for the horizon so as to shine on another part of the earth, is my favourite. A sunny day is necessary to observe the best effect of course. 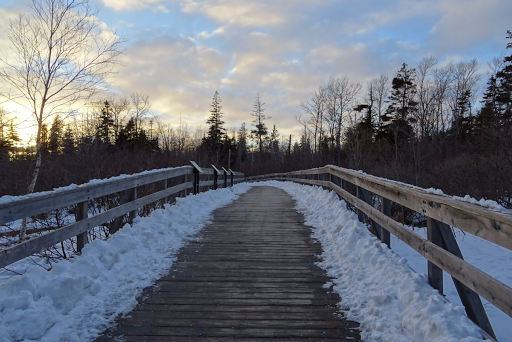 So it was that one day last week, a walk planned for early morning was replaced with one approaching sunset. It had been overcast earlier in the day and by mid afternoon, the sky cleared and conditions were perfect. Off we went, also curious to see if our furry and feathery friends were still about. No wind that afternoon made for a pleasant experience. 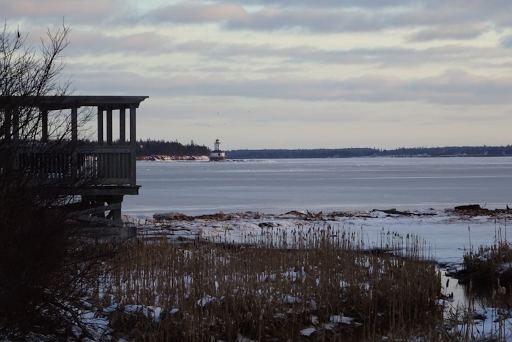 Chickadees and crows were busy as usual but there was no sign of the squirrels around the feeders. 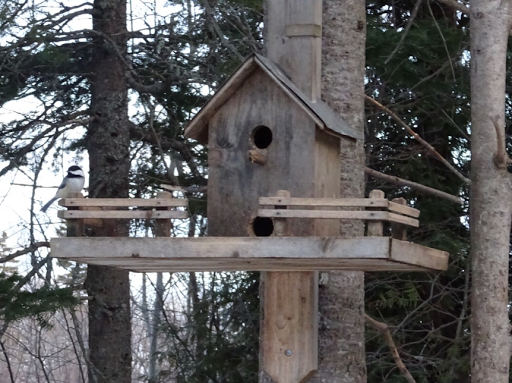 We could hear them chatter in the trees though, letting us know they were still active.
Then we saw one, making her way over the snow by the boardwalk, unperturbed by the humans walking nearby. 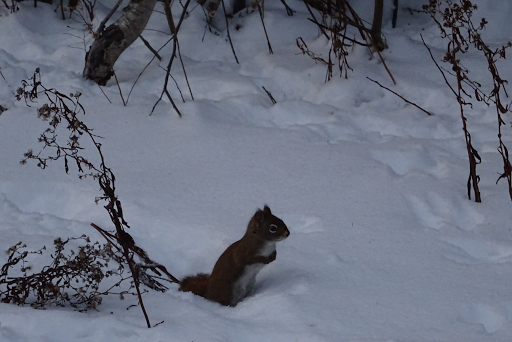 She was a big squirrel too, out and about on a sunset adventure. 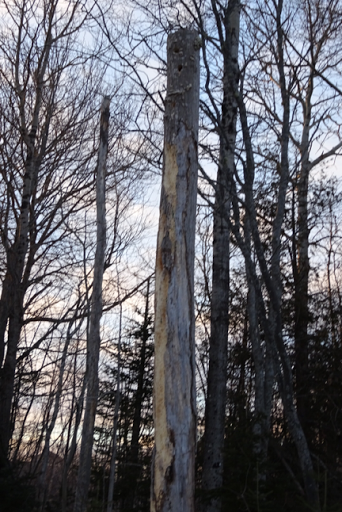 Evidence of an animal's work on a nearby trunk looked unusual in the way the bark was removed from the trunk. Woodpecker activity was evident at the top. We wondered if any of the squirrels lived in those holes. 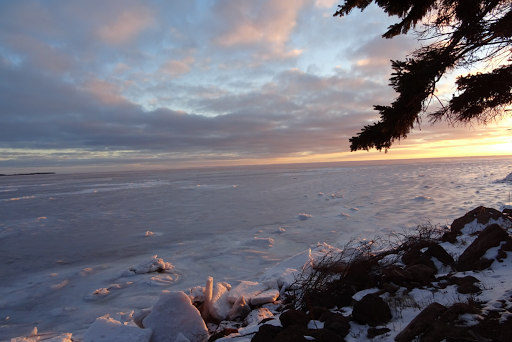 The sunset became the focus as the last rays reflected off the ice on the bay, 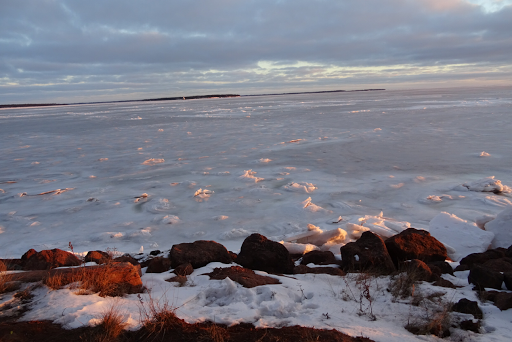 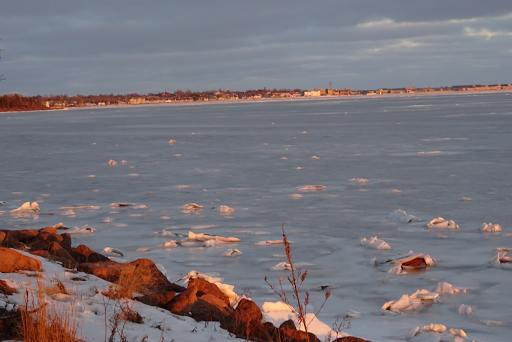 The bare branches against the painted sky were glorious, creating interest with design. We had time to stop and soak in the scene. 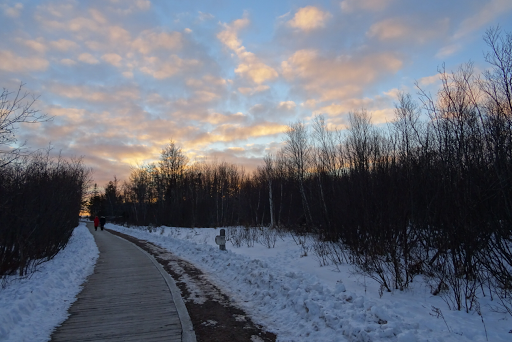 When the sun was almost gone, the Confederation Bridge, our link to the rest of Canada, looked like a line on the horizon supported by repetitive arches of ice.

In the twilight, we headed home, amazed with another unique walk by the bay. 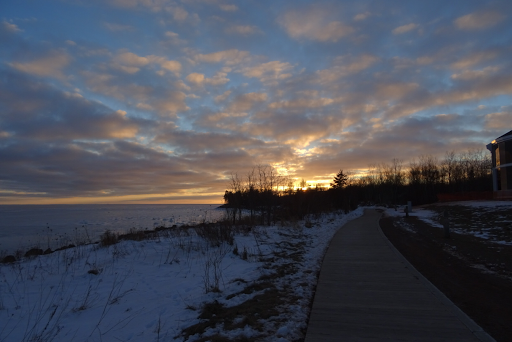 So beautiful! I like the journey you took me on. Such a lovely place to live. :-)

This was an enjoyable walk.

Your photos are beautiful! I was mesmerized for awhile there. Great place for a walk and that awesome sunset!! That bird feeder is nice and big. I must say...I like squirrels. I know they are bad news for the poor sweet birds.

Thank you. This spot is never the same any time we walk there.

And a pleasant time was had by all. We have a windchill of -43 this morning. OMG!

Just glorious stuff indeed. I so hope my enthusiastic daily time in the pool, and my gradual weight loss will give me the freedom to take walks every day again. Until then, I have your walks to sustain me. Hugs.

Wow...So beautiful! The twilight in the snow view is special. Be warm!

I nominated you for the Beautiful Blogger Award. Come collect it here:
http://goldendaze-ginnie.blogspot.com/2016/02/a-challenge_14.html