Camping is not something I’ve done much in my lifetime. I stayed in a tent for a few nights when I was in university in the early 1970s, but that was it. My husband says, “Roughing it means no mints on the pillow.” Our married lives haven’t involved time in a tent in the great outdoors. There are mosquitoes and black flies and that is the deal breaker for me. Except for one day last week. 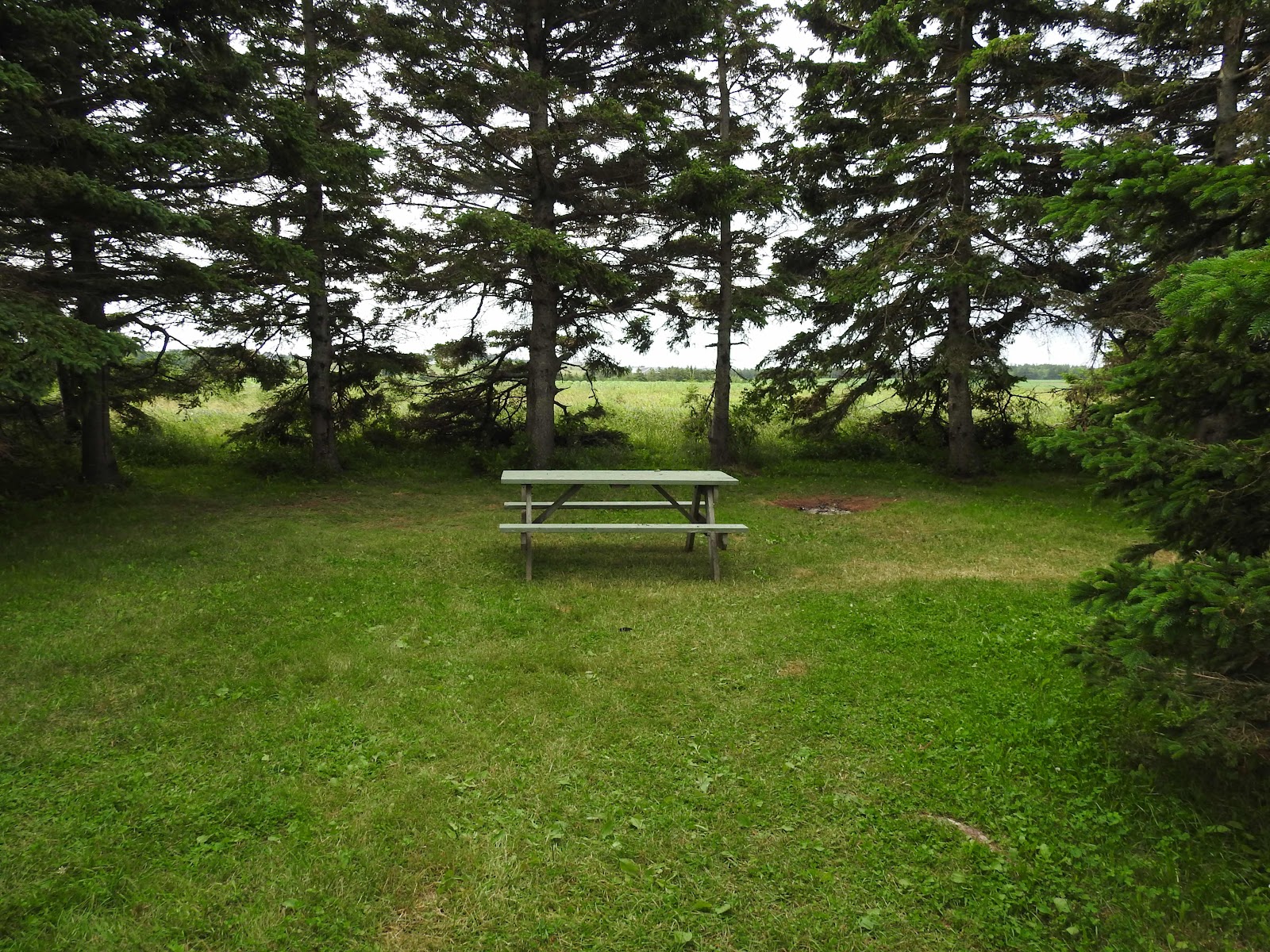 Our grandkids wanted to go camping and our daughter was on holidays. She has two tents, a large two room one and a small one, a three person tent according to the description.

To begin with, the fight against the insect population has taken big strides since the 1970s. However, the spays and creams have an odour or feel greasy. There are candles which purport to keep mosquitoes and black flies away and we found those helpful. However, the mosquitoes were huge and the bites were particularly itchy, for days.

But, enough of the negative.

The time with the family was busy and fun. After setting up at the campsite, we spent the afternoon at the beach. The kids loved in the water with their mother. My husband and I walked the golden grand-dog on the beach. After supper around the campfire and the requisite s’mores, we sang campfire songs and played games. 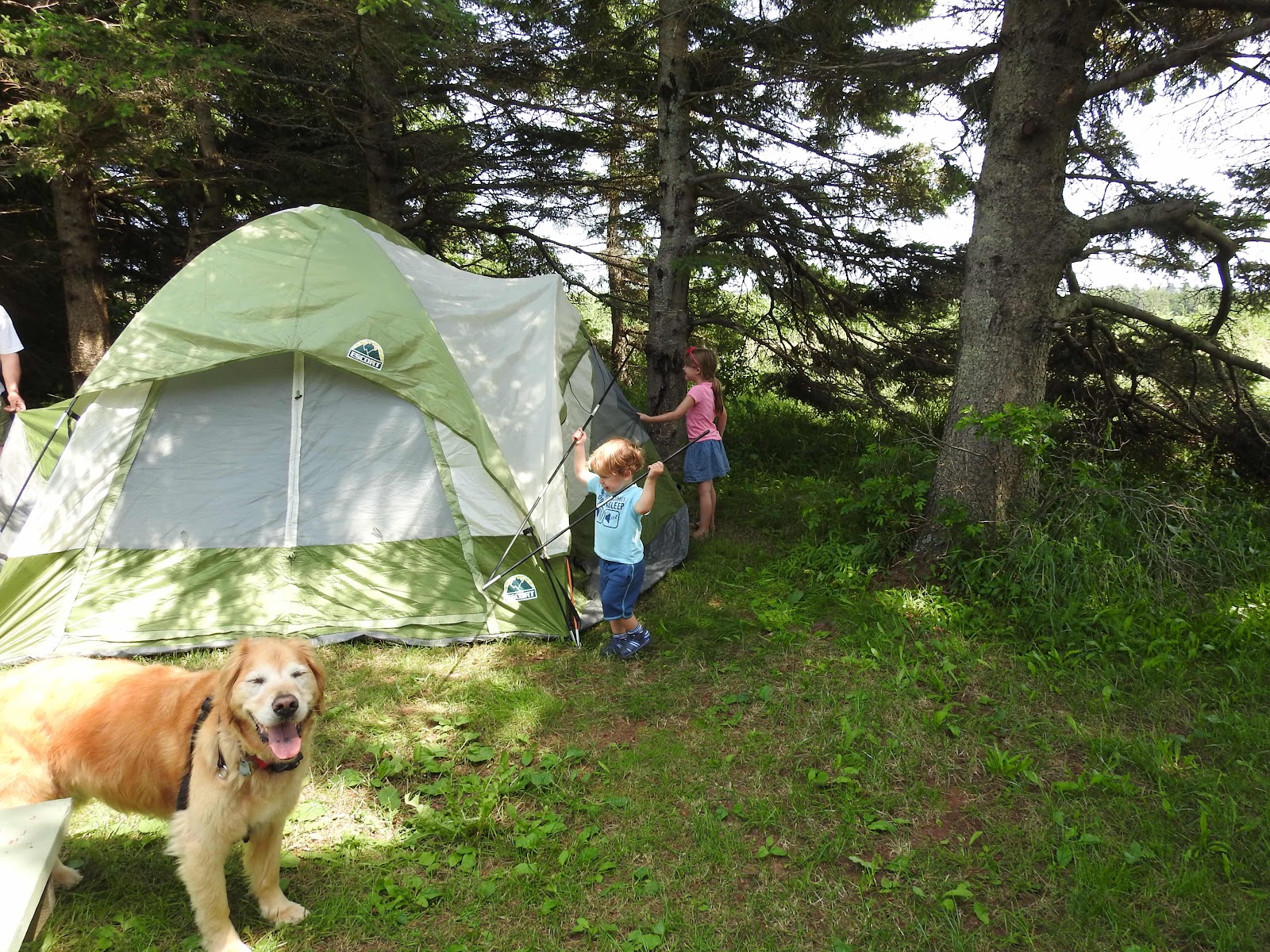 Tired children settled into the beds just after sunset, followed soon after by the adults. The women anyway. Mr. Mints on the Pillow went home to sleep.

The tent was hard to enter and leave for someone with hip and knee issues but I managed, not with record speed mind you. I could sit on the air mattress but that was it. However, the mattress was comfortable and without insects in the tent, it made for a good night’s sleep. 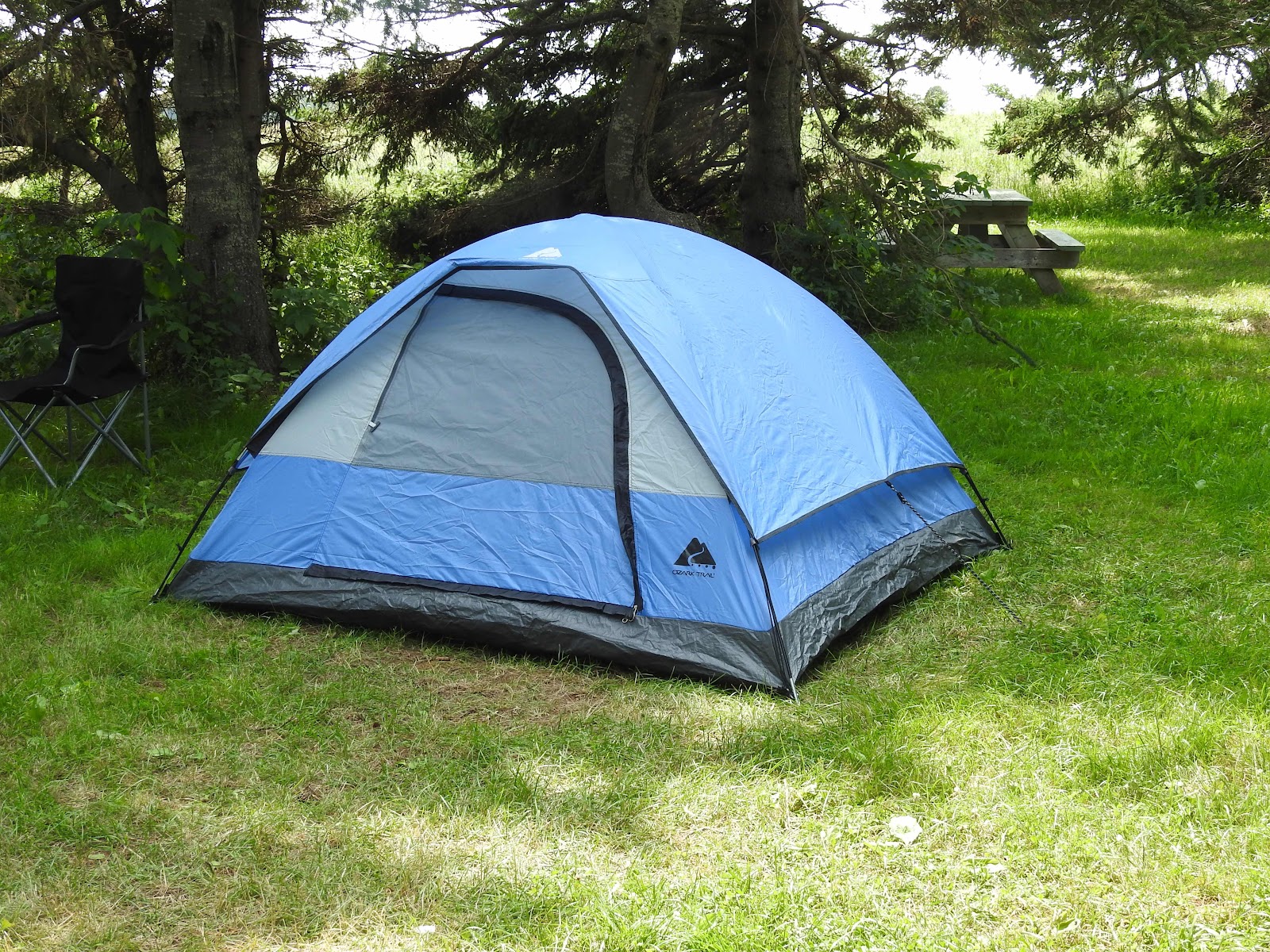 The campsite was surrounded with conifers, mainly spruce trees. The wind came up after sunset and it played with the trees. The sound was reminiscent of summer nights as a child, windows open, the breeze through the trees the ambient sound. In the tent, it was comforting and peaceful, not humid or windy enough to make the tent flap in the breeze.

It was surprising how many needles fell from the spruce trees through the night. They rolled down the roof and fell off. I listened for a few minutes and was lulled asleep by the surroundings.

It rained through the night and I awoke but not for long. The space was dry and comfortable. The rain just added to the natural beauty of the setting.

I didn’t have a watch, radio, iPad or phone. It was time unplugged and I enjoyed every minute. The cares of the world were unimportant for a few short hours.

The giggles from across the campsite when the kids woke were priceless as they all settled in for a few minutes of tickling and cuddles with their mother.

Mr. MP was back with the golden grand-dog in time for breakfast. I played with the kids as he and our daughter took down the tents.

Showers at home relieved everyone of the odour of smoke and fly spray but the memories are indelible.

Jenn at http://westofthefifthmeridian.blogspot.com asked when Setting Day is each year. The spring lobster season begins the first of May, so the end of April, the fishers set their traps. This past season, the weather was bad, so Setting Day was delayed for two days until the weather improved.

The camping trip sounds like a great family outing. Spending time with the family is more important than techy time. Love the cute kiddies and the grand-dog. Enjoy your day, wishing you a great new week!

In my younger days, I camped quite often, even taking some solo five-day backpacking trips. The bugs were pretty awful, but the memories, as you said, are indelible. Good for you, Marie! I'm sure the kids will remember it fondly for their entire lives. :-)

Count me in with Mr Mints on the Pillow. I despise camping. You are very open-minded.

Everything sounds so lovely except for the word camping. But you make me ALMOST want to try one more time.

Sounds as if you enjoyed it. We have not camped for years, firstly my back would complain bitterly and secondly, nothing stops the insets from biting me these days!! Have a good week. Cheers Diane

My husband would have gone home with yours! You made some special memories for the grands (and yourself).

Hi Marie, Your description is so good I feel like I was there. :-) Sounds like a lot of fun. Only downside to me would be the mosquitoes ... they seem to love me but it's not a mutual feeling. :-) Had to smile about Mr. MP going home to sleep. That would be mighty tempting for me too. I admire your "time unplugged". John

I used to do a lot of backpacking in my younger days and thought nothing of squeezing into a tent that was not so very much bigger than me when I was laid out flat. I also took some children from the school where I worked camping which was, shall we say, "interesting". I still have a tent which I look at from time to time.

I had a tent as a child but I never spent the night; just played in it during the day. Your description of the sound of the wind in the trees and the rain make your visit sound so nice. What great memories for your grandchildren, too.

Sounds like you and the grands had fun. I used to take my daughter camping when she was little. Great memories for sure.

We often camped when I was a child. There was no air-mattress. There were no bathrooom facilities. There WERE bugs.
I haven't done it since, but your camping excursion sounds blissful.

You are more adventurous than I would be. I have ne desire to spend another night in a tent. I've done it, but can't see the fun in it anymore. Sounds like you did have a fun time and that's good.

Sometimes at the in-laws cottage we would sleep in the tent. The air mattress was probably more comfortable than the cottage beds. As long as I don't really have to camp as such, I can (or could as recently as a few years ago) enjoy sleeping in a tent.

I rarely go camping, but I bet it can be fun☺

I am not a camper. Maybe as a child I did it with Girl Scouts, but I can't remember. I am more of a Mints on you Pillow kind of gal, I fear. But for my grand daughter ... I would do it if she asked. I'd do anything if she asked.

I've spent my share of time camping, and have enjoyed it.

Just not the mosquitoes.

It sounds so interesting Marie! I have never camped!! It sounds like a scary thing to do. However at same time I love the idea.

You had a good time after all!!!
I don't like camping. I did it once or twice when the children were smaller. Between a tent and a trailer, I prefer a trailer. We had good times when I spent some days at my brother's trailer right on the beach. A small trailer that could accommodate - if needed - 9 people!

i am not a camper, not even a "glampmer"!! i like sheets, hot water and a bathroom is essential. room service is nice as well!!!

i'm glad and surprised that you slept well, it's good that the rain did not get you all wet!! i think being unplugged is wonderful!!!

Oh, what a wonderful adventure. I think I could do one night in a tent, that is if I could get up and down off the air mattress! The flying bugs would be a real deterrent and I would have to make myself not complain. I can think of nothing better than sharing this with the Grands. What a treat.

What great memories for the grandchildren and your daughter and you. We camped a few times with our kids, but our daughter developed a chronic illness and that was the end of it. Take all the opportunities you can for memories like that; you never know when they will become impossible.

To be completely honest, I'm not sad we don't camp anymore . . . even with an air mattress (the old-fashioned kind) I always woke sore and stiff. But I'm glad for the times we did go.